(11/28/05 - NEW YORK) - Although Internet domain names may be getting longer or more complex as Web sites creatively squeeze into the crowded ".com" address space, most single-letter names like "a.com" and "b.com" remain unused.

That may soon change as the Internet's key oversight agency considers lifting restrictions on the simplest of names.

In response to requests by companies seeking to extend their brands, the Internet Corporation for Assigned Names and Numbers will chart a course for single-letter Web addresses as early as this weekend, when the ICANN board meets in Vancouver, British Columbia. Those names could start to appear next year.

But the transition won't be easy -- and it could lead to six-figure sales of this new online real estate, akin to opening New York's Central Park to development.

"Obviously this is a valuable commodity," said Kurt Pritz, ICANN's vice president for business operations. "How would the name be sold?"

Names are normally released on a first-come, first-served basis for $10 or less, a policy that favors those who have written programs to automatically and frequently check for a name's availability. Auctioning names to the highest bidder is one possibility.

ICANN also must decide whether companies need to seek such names individually if they want them across all suffixes, including ".com," ".info" and ".biz."

Single-letter names under ".com," ".net" and ".org" were set aside in 1993 as engineers grew concerned about their ability to meet the expected explosion in demand for domain names. They weren't sure then whether a single database of names could hold millions -- more than 40 million in the case of ".com" today.

One idea was to create a mechanism for splitting a single database into 26 -- one corresponding to each letter. So instead of storing the domain name for The Associated Press under ".org," it would go under "a.org." In other words, "ap.org" would become "ap.a.org."

Now, engineers have concluded that won't be necessary. They have seen the address database grow to hold millions of names without trouble, so they are now willing to let go of the single-letter names they had reserved.

(There are no immediate plans to release two-letter combos that have been reserved under some suffixes -- they were set aside not for technical reasons but to avoid confusion with two-letter country-code suffixes such as ".fr" for France.)

Meanwhile, a handful of companies have asked ICANN to free up the single characters. Overstock.com Inc., for instance, prefers a single-letter brand of "o.com" because its newer businesses no longer fit its original mission of providing discounts on excess inventory.

The ICANN board must now decide whether and how to release the names. At its meeting Sunday, it could ask staff to come up with a proposal or refer the matter to an ICANN committee for further study.

Matt Bentley, chief executive of domain name broker Sedo.com LLC, said single-letter ".com" names could fetch six-figure sums, and a few might even command more than $1 million from some of the Internet's biggest companies. Yahoo Inc. applied for a trademark to "y.com" this year.

"Obviously there's nothing more exquisite than names that are in extremely rare supply like that," Bentley said. "They would have a lot of cachet as a brand name. I could see there would be tons of demand."

(Copyright 2005 by The Associated Press. All Rights Reserved.)
For complete story:
http://abclocal.go.com/ktrk/story?section=sci_tech&id=3674648 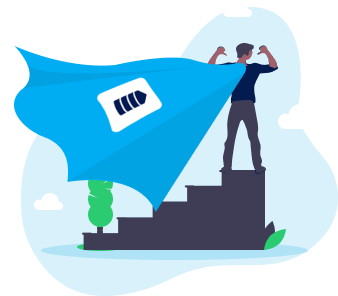